Apart of the legendary corporate design and wayfinding system which he created for the SBB (Swiss Federal Railways) together with the SBB chief architect Uli Huber in 1982, he was mostly known for the ‘Musica viva’ poster series for the Zurich Tonhalle.

These are some examples of the posters Josef Müller-Brockmann designed.

I wanted to have play around with using css grid layout so I decided to try coding a couple of Josef Müller-Brockmann posters and animating them with GSAP.

These examples are best viewed on desktop devices. 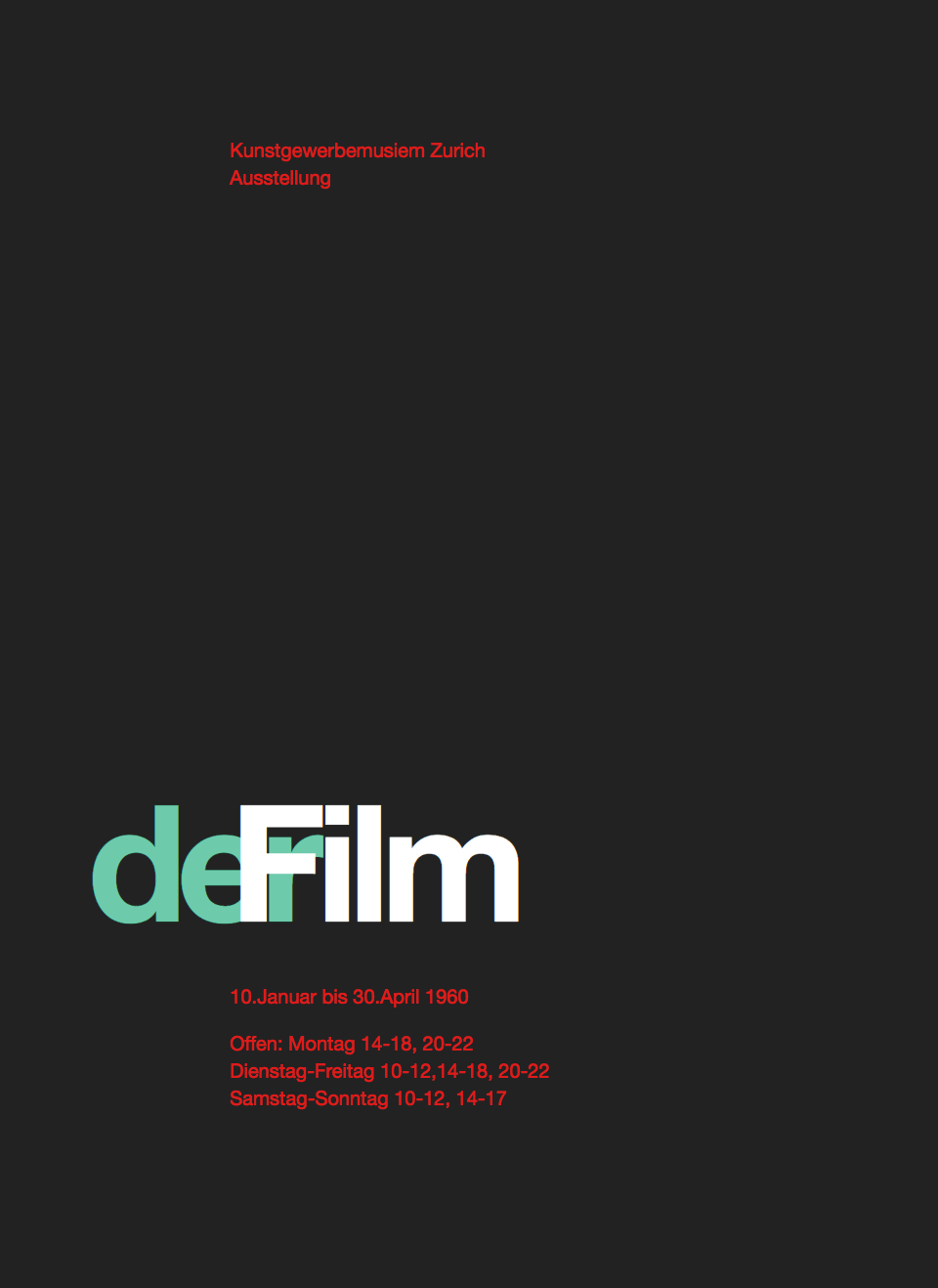 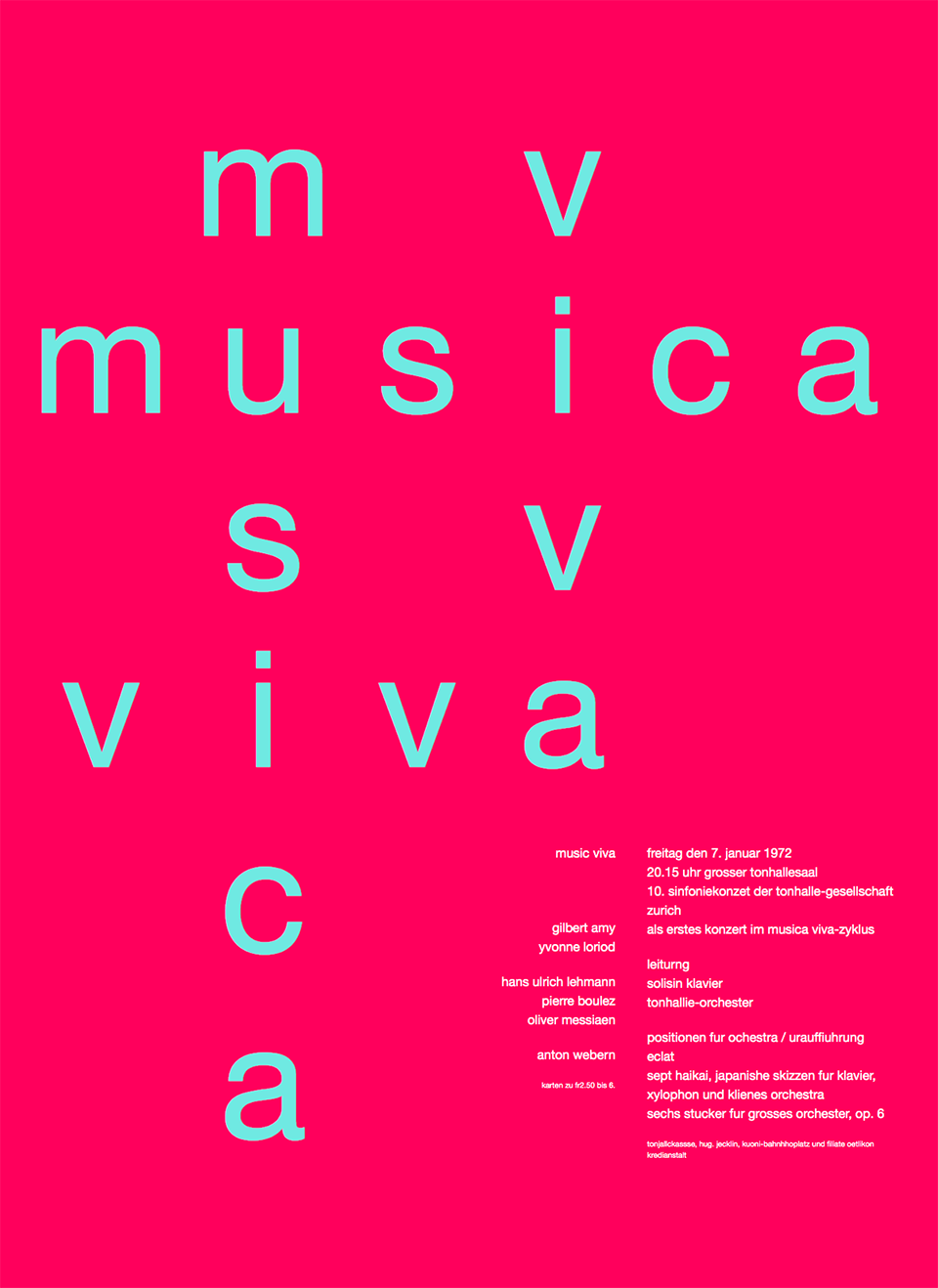 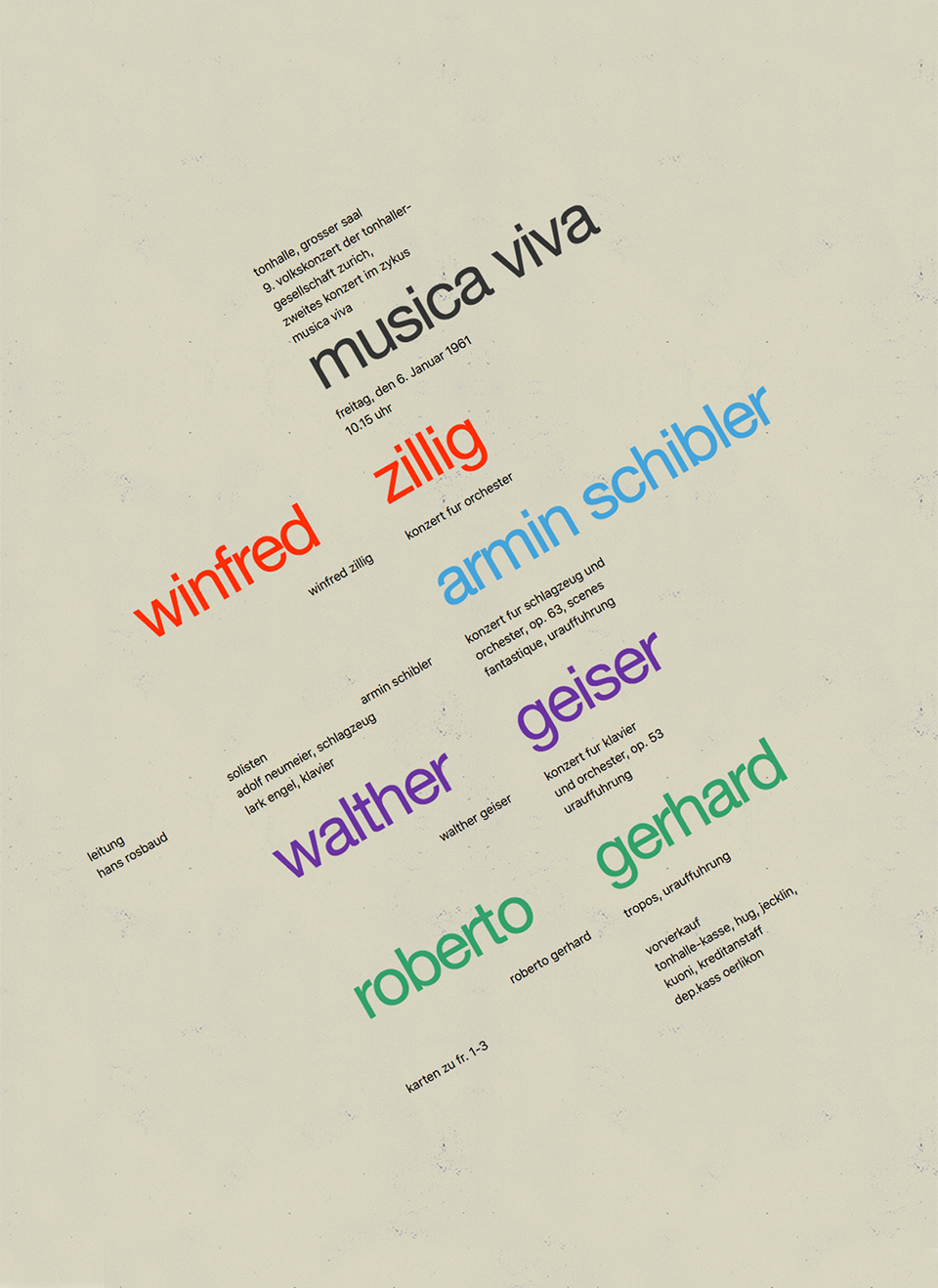